Melissa Reader, Violet's CEO, shares her experience caring for her first husband who was diagnosed with cancer shortly after the birth of their third child. 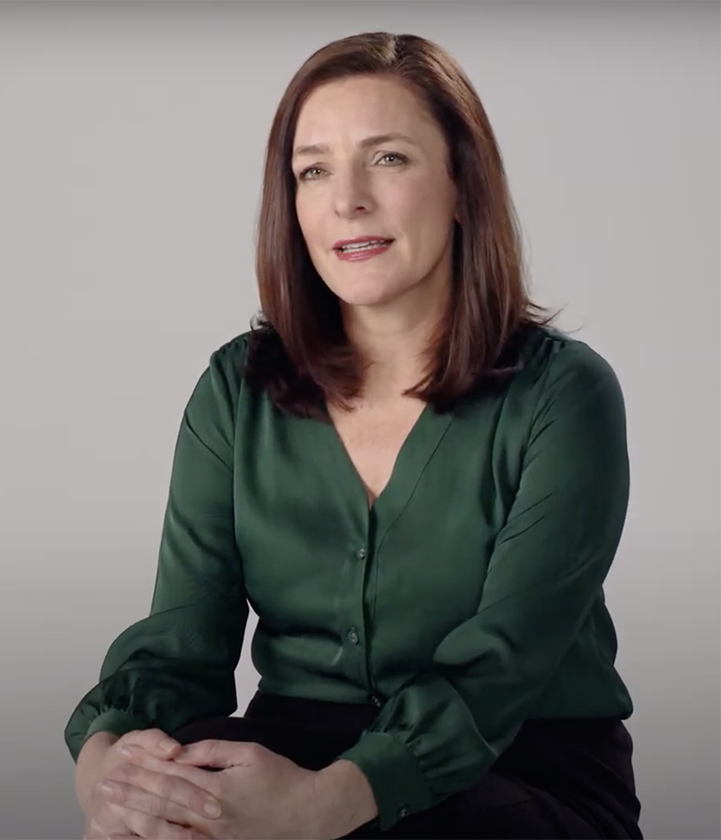 Melissa Reader, Violet's CEO, shares her experience caring for her first husband who was diagnosed with cancer shortly after the birth of their third child.

Regretful death is a universal issue; most of us at some stage will care for a loved one through the last stage of life and their subsequent death. Less than 10% of Australians have a plan for the end of their lives and research shows 70% of Australians would prefer to die at home but, sadly, over half will die in hospital - our least preferred place to die. The role of carer falls largely upon women aged 55-75 who are caring for a parent or partner in the last stage of his or her life. They account for 85% of last life stage caregivers.

While death is inevitable, the regret caused by a lack of planning, acceptance and communication in the last stage of life can be reduced.

Melissa's experience has led her to the CEO role at The Violet Initiative, a social change organisation transforming the final stage of life so many more Australians are better prepared to die well.

This is Melissa’s story.

In 2009, just after welcoming their third child, Melissa’s then husband, Mauro, was diagnosed with renal cancer. He died 15 months later, aged 40.

Concerningly, Melissa and her family then lacked the necessary support to deftly navigate this tumultuous time. Melissa’s self-imposed directive to ‘stay positive’ meant that she, and her family, failed to prepare accordingly, for their inevitable loss, rendering Melissa with an overwhelming sense of regret.

“Mauro’s diagnosis with late-stage renal cancer came as a complete shock. We were a typical family, happily married, and had just welcomed our third child into the world.

“Instead of spending our last year-and-a-half together with the right information, support and a growing acceptance of what was to come, we were caught in a torrent of medical visits, doctors’ consultations, treatments and surgeries,” said Melissa.

“I have a profound sense of regret when reflecting upon Mauro’s death, particularly how we spent our last months’ together, our lack of acceptance of the inevitable, and our lack of preparation.

In 2011, Melissa was selected to participate in the Benevolent Society’s pre-eminent leadership program, ‘Social Leadership Australia’. Over 12 months, the unique learning program explored the dynamics and challenges of exercising leadership and mobilising change to create a better world.

In 2016, Melissa continued to consolidate her social leadership expertise by participating in the Kennedy School of Government’s Executive Education program in Adaptive Leadership at Harvard University, from which she graduated in 2016.


Choosing to put her personal knowledge and experience to good use, Melissa joined the Board of ‘LifeCircle’ in 2015 – a national social enterprise that strove to change the experience of dying.

The then locally-led LifeCircle trained volunteer mentors to work in the homes of families caring for people at the end of life.

LifeCircle had great local impact and a long history informed by 30 years of practical, community-based experience, and clinical insights. However, the model was not scalable, nor sustainable, and needed to be redesigned in order to significantly impact the magnitude of issues around death and dying.

Melissa assumed the role of CEO in 2018, to lead the transformation of the community-based 20C charitable organisation, LifeCircle, into what Violet is today – a 21C social enterprise with a national agenda, tackling one of society's most complex and often taboo issues.

Recoined ‘The Violet Initiative’ (Violet) in October 2020, the organisation’s rebrand was inspired by the last colour of the day, and the first colour of the dawn, which embodies the acceptance and hope that Violet offers.

According to Melissa, regret is a personal emotion which imposes a heavy burden on families, businesses and the health system alike.

“The last stage of life is a time defined by when someone is sick enough, or frail enough, to die. Sadly, death is an inevitability, with an uncertain time frame. It could be months for some, or weeks, or days for others.

“For those of us left behind, regret can exacerbate complex bereavement and trauma-relating to the experience,” Melissa said.

“A lack of acceptance, planning and communication in the last stage of life often leads to regretful outcomes – a time when things don’t go to plan, or there is no plan at all.

“The sooner the primary carer is supported, the more benefit the person in the last stage of life will gain,” said Melissa.